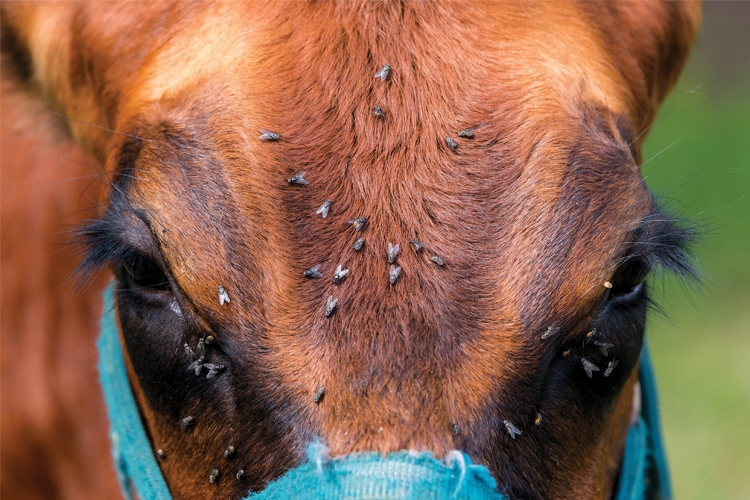 Natural transmission of EIAV occurs when the virus is transferred from an infected horse through biting flies. 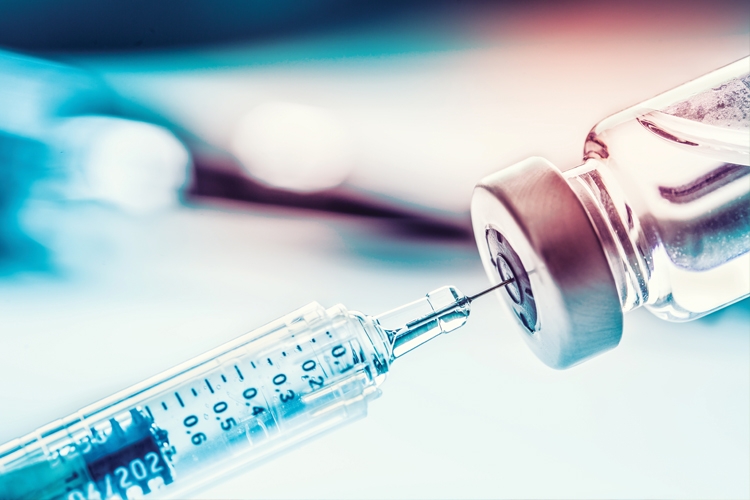 Contamination of multi-dose drug vials occurs by inserting a used needle that deposits blood with virus into the bottle. 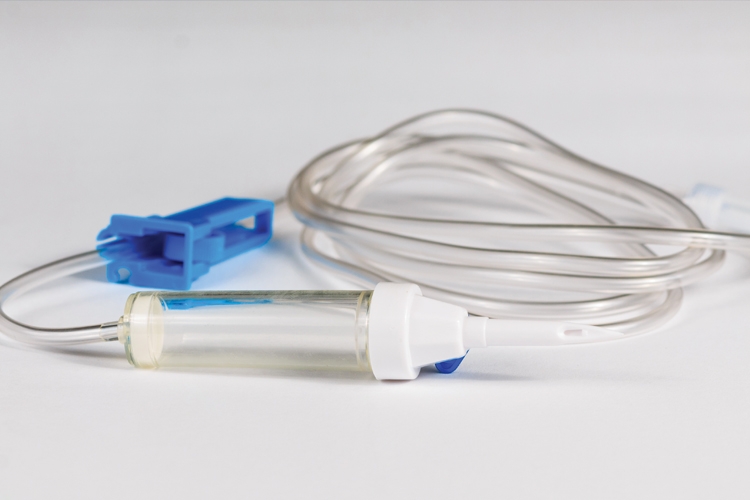 When re-using intravenous tubing to connect to an IV catheter, there is blowback of blood into the tube that can result in EIAV transmission. 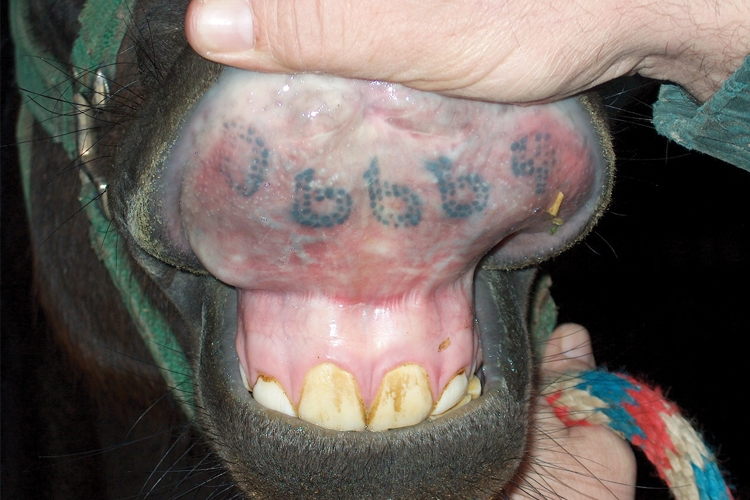 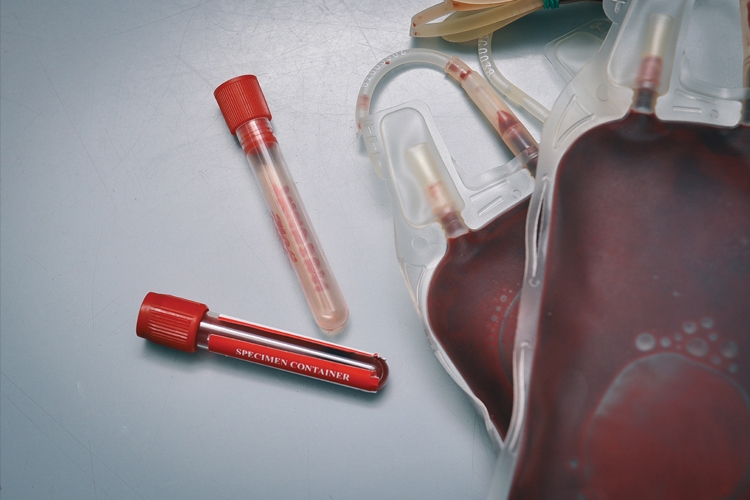 Blood doping or the use of unlicensed blood or plasma products illegally imported from other countries, can spread EIAV. 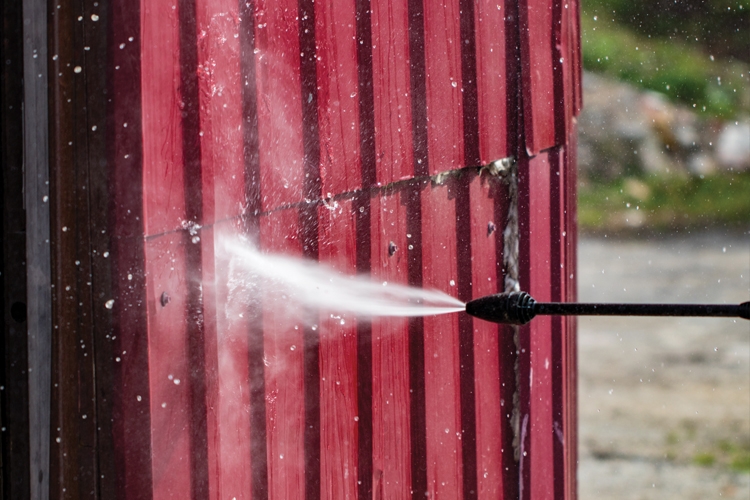 Power washing equine facilities can increase the possibility of aerosol transmission of EIAV.
Click for full size
Previous Next

You’ve probably heard about the increasing incidence of equine infectious anemia virus (EIAV) in racing Quarter Horses. A positive diagnosis in a horse has serious repercussions. The virus is significant in that, much like its Lentiviral cousin the human immunodeficiency virus (HIV), there is no vaccine and there is no cure. A horse diagnosed positive for EIAV is either euthanized or placed under extremely strict quarantine conditions at least 200 yards away from other equids for the rest of its life.

How Is It Contracted?

Blood is the culprit in causing an infection from one horse to another. Historically, natural transmission occurs when virus is transferred from an infected horse through biting flies, such as horseflies, deer flies, or stable flies. Unlike Flaviviruses such as West Nile virus or Zika virus, EIAV does not replicate in insect tissues and so the infective dose is limited by the amount of blood that is carried on the fly’s large mouthparts. EIAV survives for less than four hours on fly mouthparts.

A horsefly interrupted in its feeding will attack a new host, but the further away the potential new host, the more likely the fly is to return to its original victim. Studies show that if a new horse host is tethered at distances of 50 yards or more, it was predominantly (although not entirely) immune from attack, as the fly usually returns to the original host. Most authorities recommend larger distances, such as 200 yards, to err on the side of safety.

However, a different mode of transmission has become more commonplace in recent years. A disconcerting situation has developed in the USA: Between 2009-2013, of the 1.5-2 million horses tested yearly, an average of 40+ cases tested positive for EIAV. But, recently, there has been an uptick in positive cases. This is due to an increased number of iatrogenic cases, particularly in Quarter Horse racehorses and unsanctioned Bush Track racing. (Iatrogenic means that people and medical treatment are a likely source and cause of transmission.)

How does an iatrogenic infection occur? It comes through contaminated blood or blood products, through shared needles, or blood contamination of hands, dental equipment or other instruments that then contact another horse. Residual blood volume in a used syringe and needle can be 5000-10,000 fold greater than that carried by even the largest horsefly, and the virus is viable for at least four days. Horsefly transmission pales to almost insignificance compared to human-related spread and perpetuation of EIAV. If it were not for iatrogenic transmission, EIAV would be of little significance today.

Is EIAV On The Rise?

While this is an insidious disease, it can be controlled as has been demonstrated by the declining number of cases in the USA over past decades due to surveillance. With the development of the Coggins test in the early 1970’s, approximately 4% of all equids tested were positive for antibodies to EIAV. Removal of these test-positive subjects from the population by the beginning of the 1980’s resulted in around 0.5% test-positives; the current incidence is less than 0.01%. From 534 EIA-positive horses identified in 2001, in 2015, only 69 horses of nearly 1.5 million tested were confirmed positive for EIAV. However, the number of cases is beginning to rise again.

Between 2012-2015, 39 racing Quarter Horses were confirmed positive for EIAV in California alone. Epidemiologic investigations indicate that the majority of the positive horses participate in Quarter Horse racing and have potential exposure to high-risk practices such as sharing of needles and other medical equipment or the use of contaminated blood products.

There are specific sources of iatrogenic infection that are plaguing Quarter Horse racing and Bush Track racing horses:

•  Contamination of multi-dose drug vials by inserting a used needle and/or syringe that deposits blood (with virus) into the bottle. Infected blood contained within the hub of a used syringe or needle contaminates the drug vial, resulting in disease spread with subsequent drug administrations to additional horses.

• Re-use of intravenous (IV) tubing – invariably when using tubing to connect to an IV catheter, there is blowback of blood into the tube that cannot be cleaned out with just a rinse or even using antiseptic solutions.

• Blood doping, particularly of Bush Track horses – this technique takes blood from one horse and gives it to another via IV transfusion.

• Possible use of unlicensed blood or plasma products illegally imported from other countries, including Mexico or South America.

• The possibility of aerosol transmission subsequent to power washing of facilities housing EIAV-positive horses, especially if a sick horse experiences hemorrhage and contaminates the floor or walls.

What The Virus Does

There are three phases of infection – acute, chronic, and an inapparent carrier. EIAV attains its highest blood-associated titers during clinical episodes, particularly when there is high fever. Following resolution of clinical signs, these levels drop significantly. During a febrile episode, for example, viral titers can reach 1 million infectious particles per milliliter (ml) of blood; with resolution of fever, this drops to less than 100 infectious particles per ml.

Most infected horses develop some level of anemia while still looking fit and fine and able to perform as intended. However, those that develop an acute crisis experience severe hemolytic anemia and are likely to die. Most infections, however, seem to progress to a relative state of remission, yet these individuals still provide a reservoir for viral infection either via insect vectors and/or iatrogenic sources. And, the underlying anemia may decrease a horse’s resistance to contracting another blood-borne disease, like equine piroplasmosis. It is thought that stress of an inapparent carrier and/or age-related degeneration in the immune system causes that individual to be an active source of infection to others.

Lentiviruses such as EIAV do not stimulate natural, fully protective immunity. In part this is because they have a high mutation rate, which is difficult for a vaccine to duplicate. This is why billions of dollars and many different vaccine approaches against Lentiviruses, including HIV and EIAV, have mostly been unsuccessful. Because of the difficulty in protecting against EIAV with immunization, the only successful approach is education about the importance of prevention by eliminating potential contamination by blood products, and through surveillance and testing.

EIAV infection is limited to equids, so theoretically it is possible to eliminate the virus from countries such as the United States where the incidence is comparatively low. However, the key factor is compliance, making this a political issue and not one strictly limited to science.

In regards to EIAV testing within the USA, most show horse disciplines test horses repeatedly because the horses travel out of state, and to clinics and shows where a negative Coggins test is required for entry. Such a clean population continues to be tested on an annual basis and so remains “clean.”

Racing practices are different than other equine disciplines. Where do racehorses go when they finish their racing career? Because these horses tend to be accomplished athletes, many go to jumping, Eventing, or barrel racing pursuits, as just a few examples. This results in an infected horse serving as a reservoir for horses in other disciplines that might otherwise be “clean.” Racing Quarter Horses exposed to EIAV at a young age that go undiagnosed pose a risk once infiltrated into the rest of the equine population. Owners should be aware of this potential risk and consult their veterinarian to arrange appropriate testing prior to sale or purchase of a former racing Quarter Horse.

Each state oversees regulations on movement of horses into their state; most adhere to requirements for EIAV testing every 12 months, and in some cases every 6 months. There has been discussion about codifying the 12-month requirement into a federal rule, but while states have specific testing requirements, for now there is no established national program of EIAV surveillance.

Another significant point is that Mexico has no control program or testing for EIAV (or piroplasmosis). With that in mind, it is important to continue with routine EIAV testing in the USA due to the high risk of infection sources from south of the border.

Vigilance to control EIAV relies in part on each horse owner’s responsible care that includes routine surveillance testing. The increasing number of positives each year is recently attributable to iatrogenic sources, which is preventable through educational efforts and routine testing.

« Back to Articles
Categories: Health