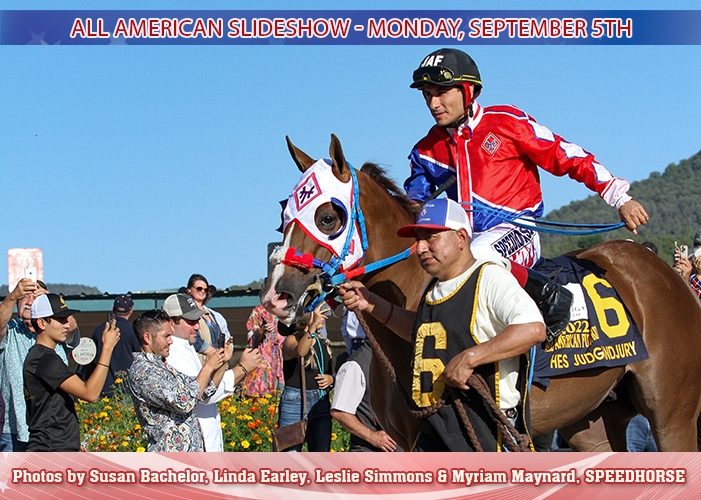 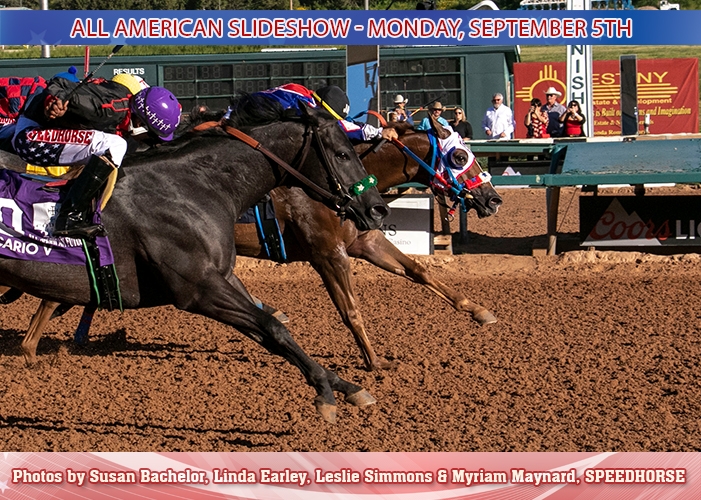 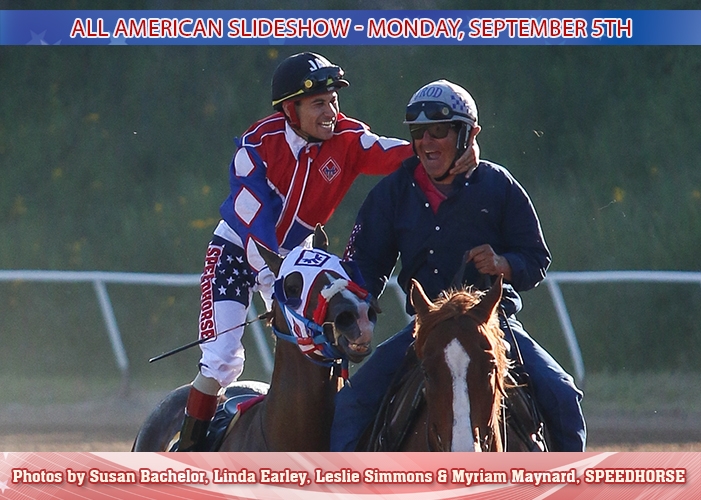 Celebrations on the way to the winner's circle 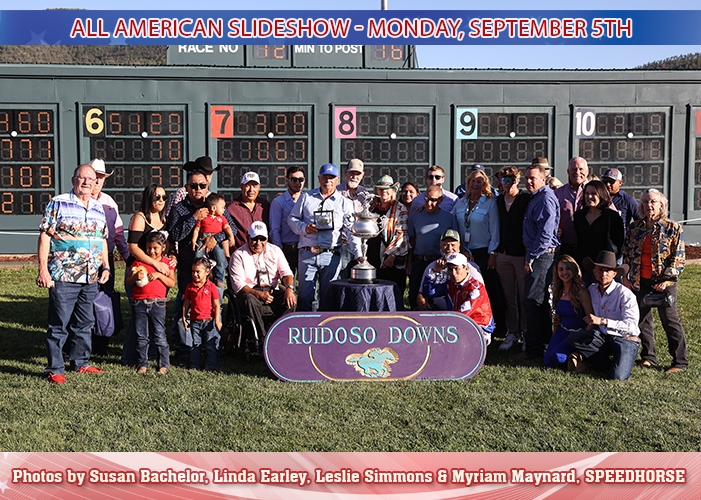 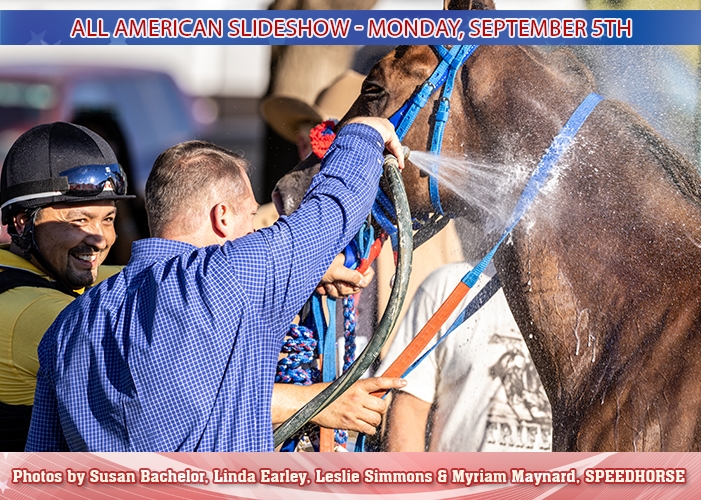 Trainer Heath Taylor spraying off Hes Judgeandjury after the race 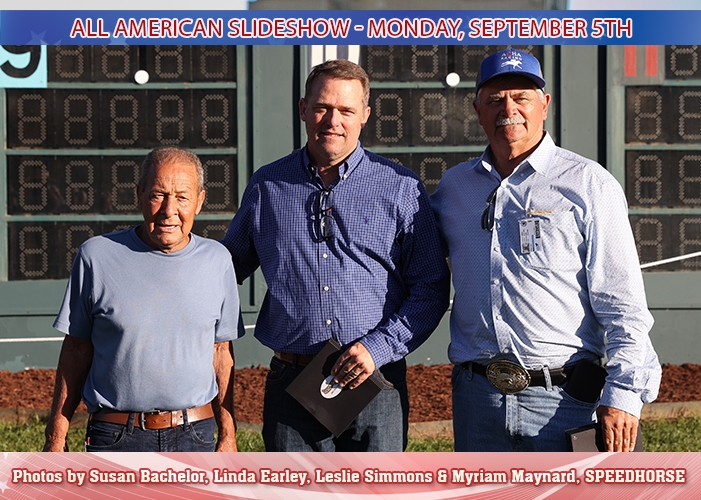 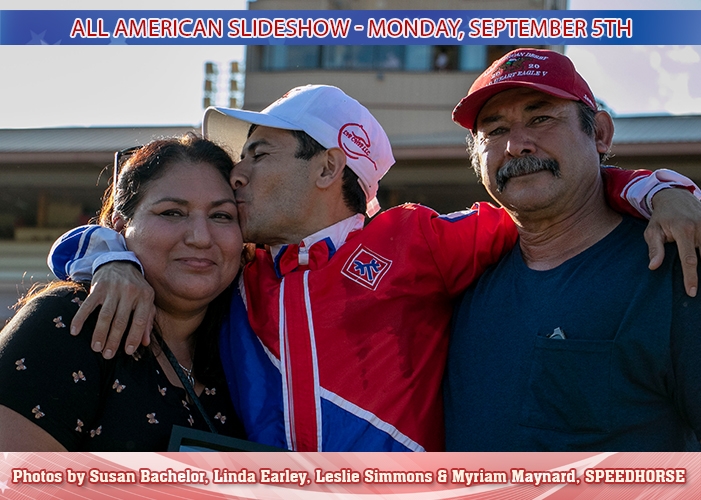 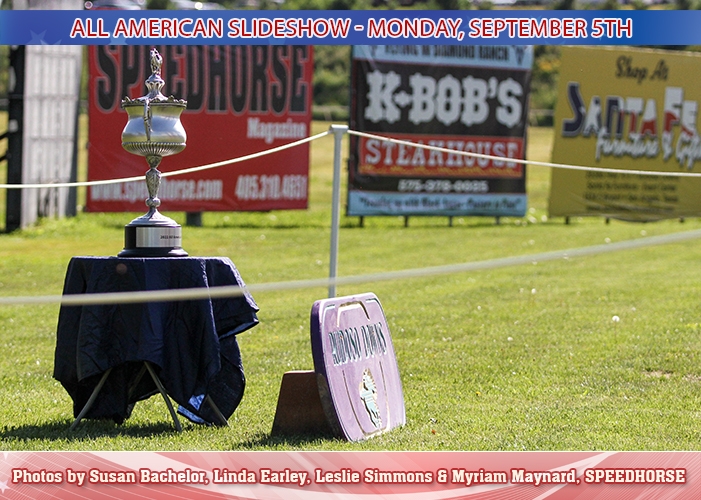 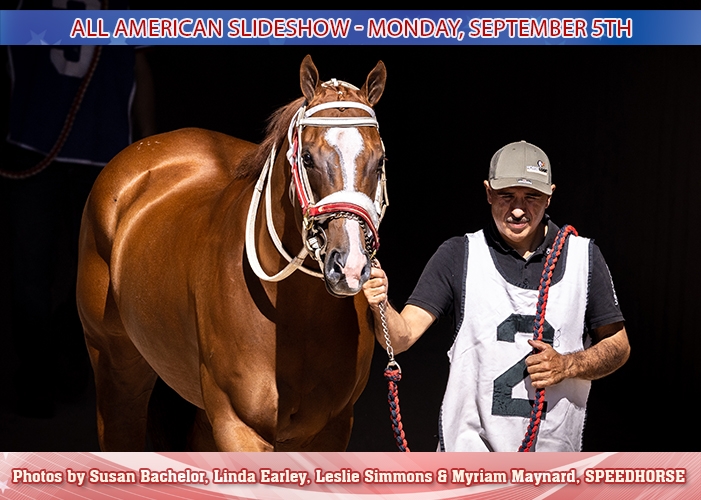 Powerful Favorite on his way to the paddock 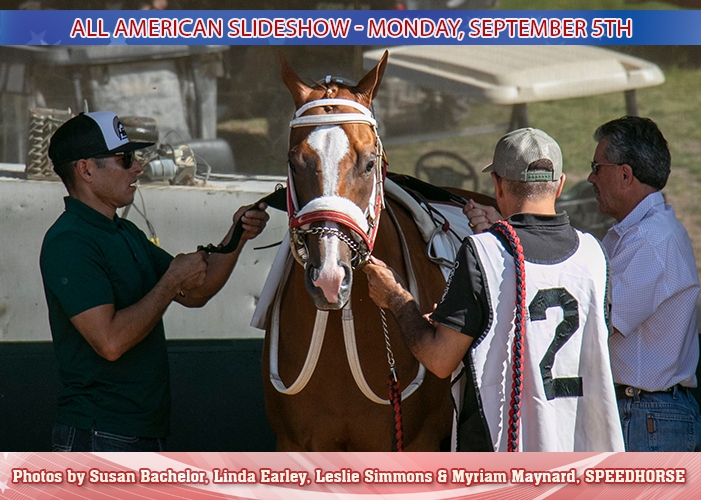 Powerful Favorite getting ready in the paddock 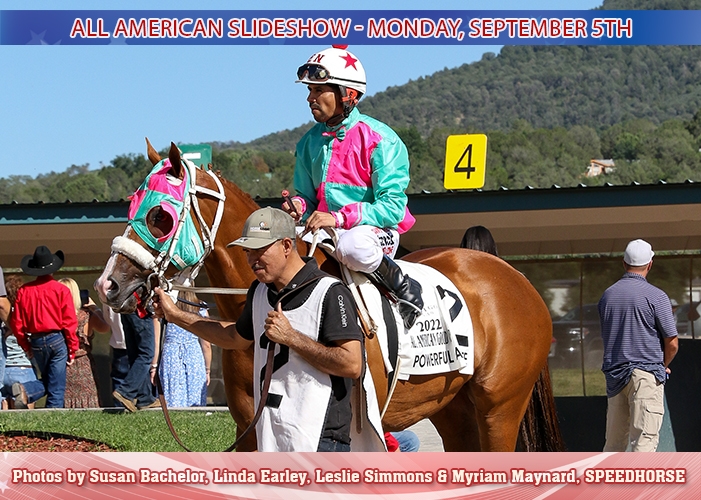 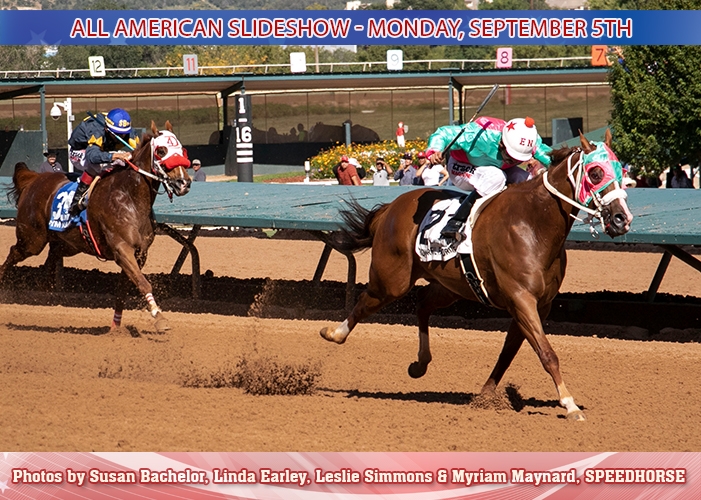 Powerful Favorite on his way to the finish line 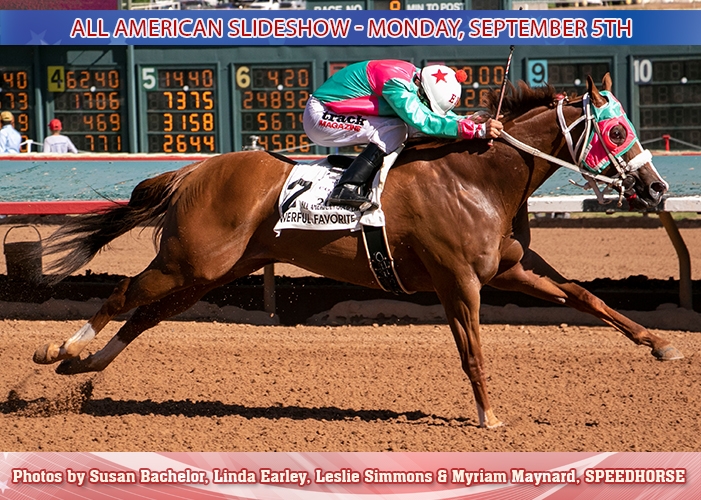 Winning the 2022 All American Gold Cup-G1 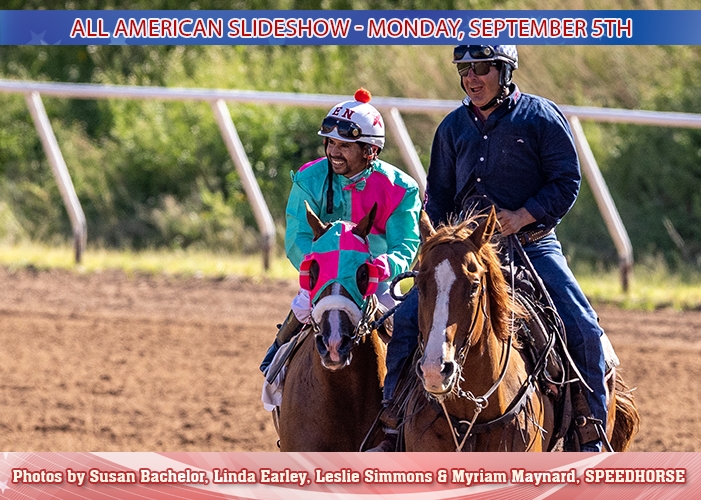 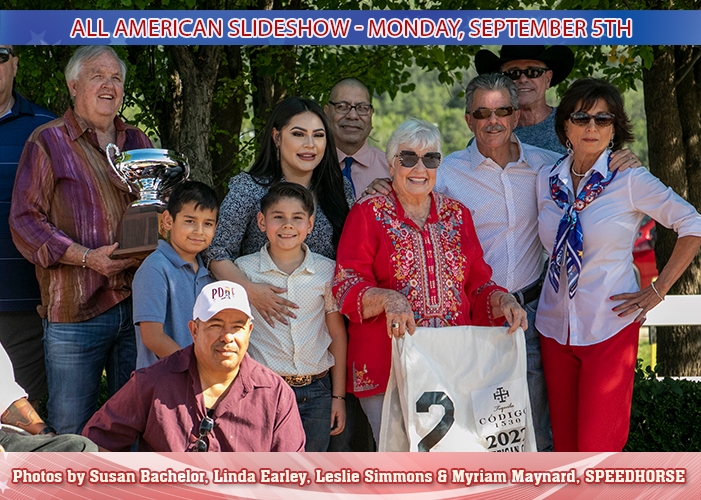 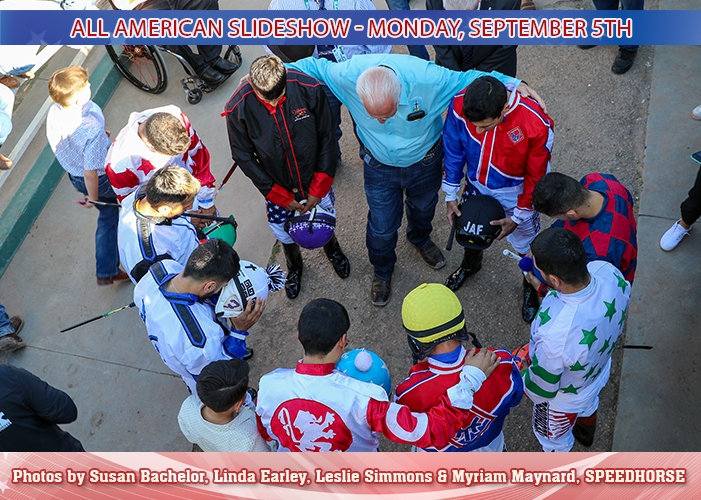 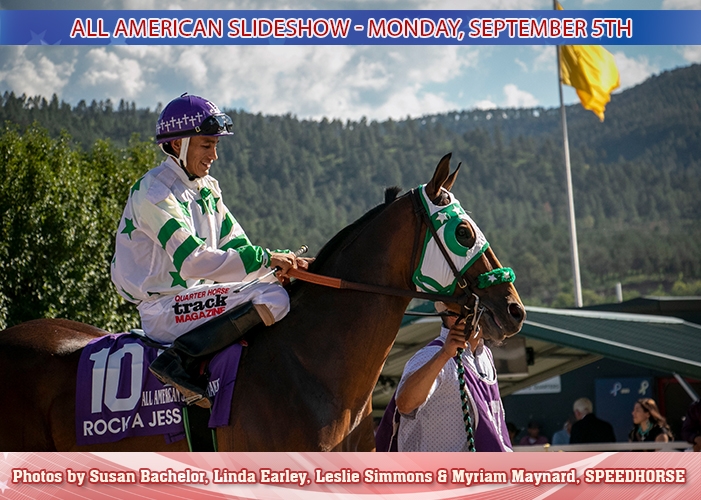 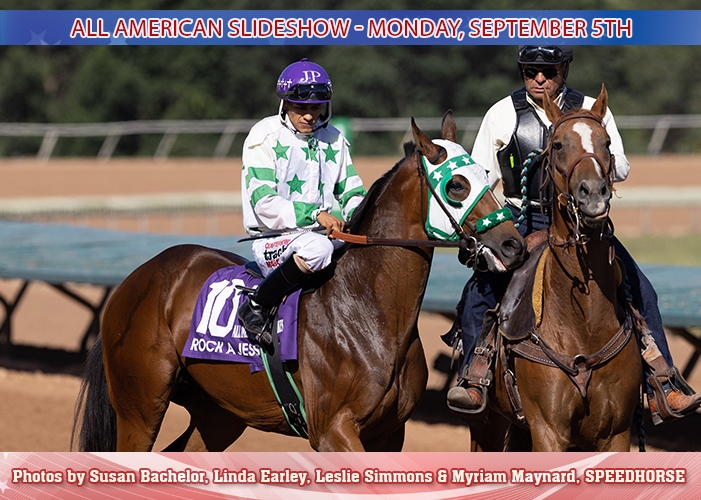 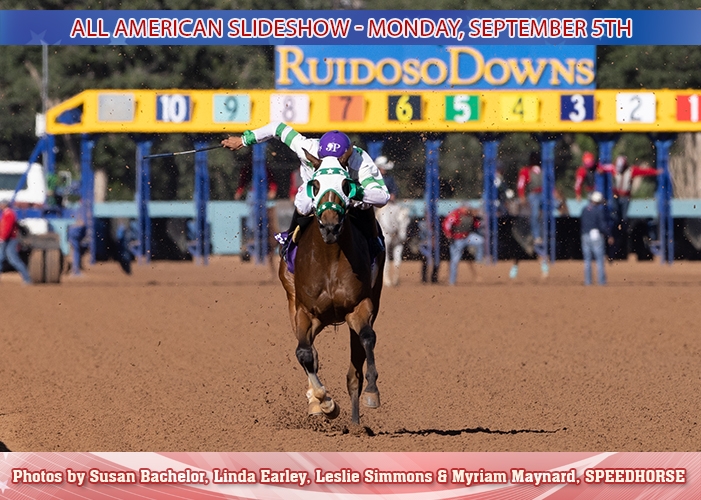 Rock A Jess V on the way to the finish line 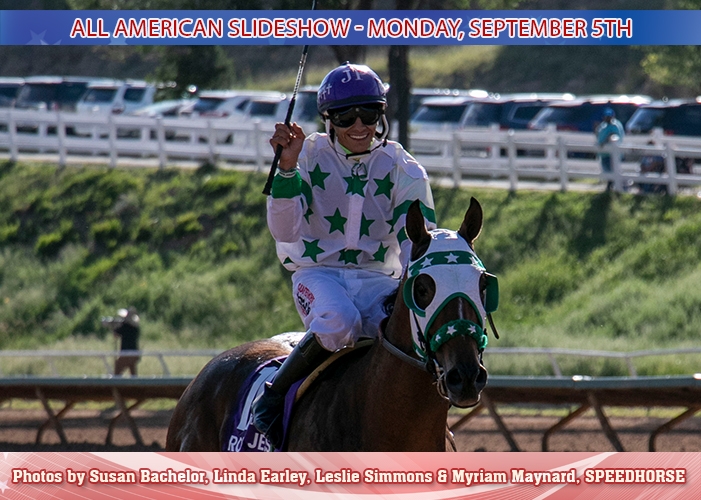 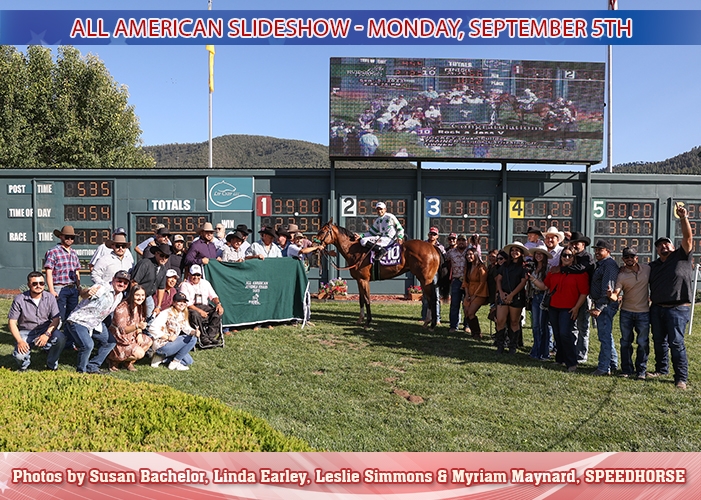 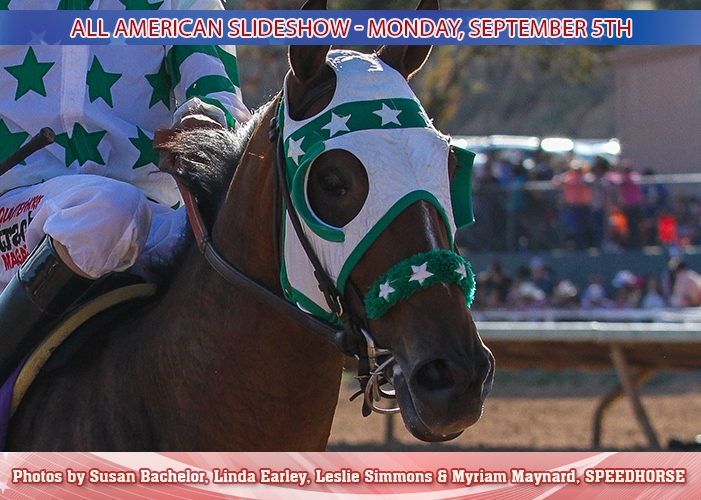 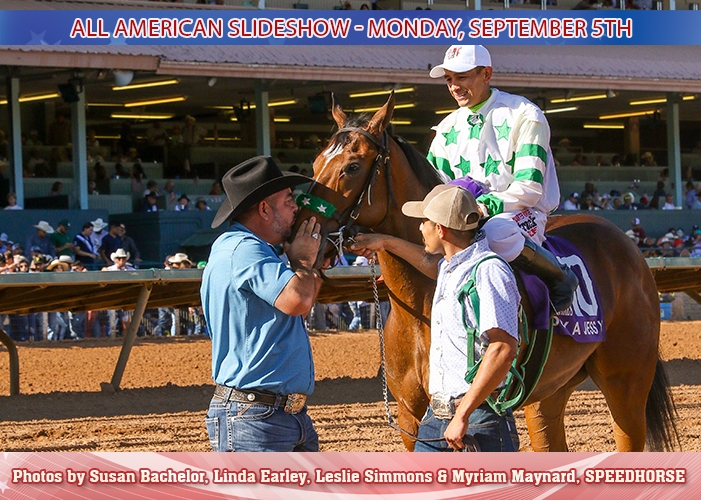 Labor Day 2022 was an exciting and fun one on the Mountain in Ruidoso!
The Ruidoso Downs Racetrack was buzzing with racing fans coming to enjoy the nice weather and cheer on their favorite horses!

HES JUDGEANDJURY won the 2022 edition of THE richest race for Quarter Horses - the $3 million All American Futurity-G1. Trained by Heath Taylor, the sorrel gelding was ridden to victory by James A. Flores for Owners/Breeders Jeff D. Jones and Steve A. Holt.

The All American Juvenile was won by ROCK A JESS V. The bay gelding was ridden by Juan Pulido for Trainer Santos Carrizales, Jr. and Owner/Breeder Valeriano Racing Stables LLC.
We hope you enjoyed viewing the weekend’s festivities and we look forward to seeing you all next year for the 2023 SPEEDHORSE All American Slideshow.