RUIDOSO DOWNS, NM—JULY 10, 2019—The 2019 class of the Ruidoso Downs Racehorse Hall of Fame will be inducted on Friday night at Ruidoso Downs.

The inductions begin at 6:30 p.m. There will be refreshments in the Hall of Fame and followed by dinner and the induction ceremony in the All American Turf Club. Tickets may be obtained by calling (575) 378-7350 or email [email protected] Tickets are $100 each.

The inductees are owner/breeder Harriett Peckham, trainer Leo Wood, jockey Johnny Cox and the thoroughbred Mine That Bird. 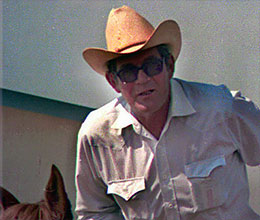 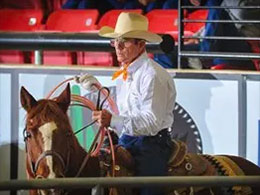 Johnny Cox, who won the 1971 All American Futurity aboard Mr Kid Charge, always had a love for team roping. © Courtesy The Team Roping Journal 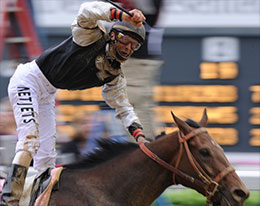 Calvin Borel wins the Kentucky Derby on Mine That Bird. © Churchill Downs

Mine That Bird, owned by Roswell residents Dr. Leonard Blach and Mark Allen, brought tremendous attention to New Mexico racing after finishing third in the Sunland Derby and then going on to win the Kentucky Derby, finish second in the Preakness Stakes and third in the Belmont Stakes.

The gelding won three consecutive stakes as a two-year-old in Canada and was honored as the Canadian champion two-year-old and horse of the year. He has been inducted into the Canadian Horse Racing Hall of Fame.

Since his retirement, Mine That Bird has become an equine philanthropist. He has helped raise money for Wounded Warriors, the Permanently Disabled Jockeys Fund along with cancer charities and children’s charities.